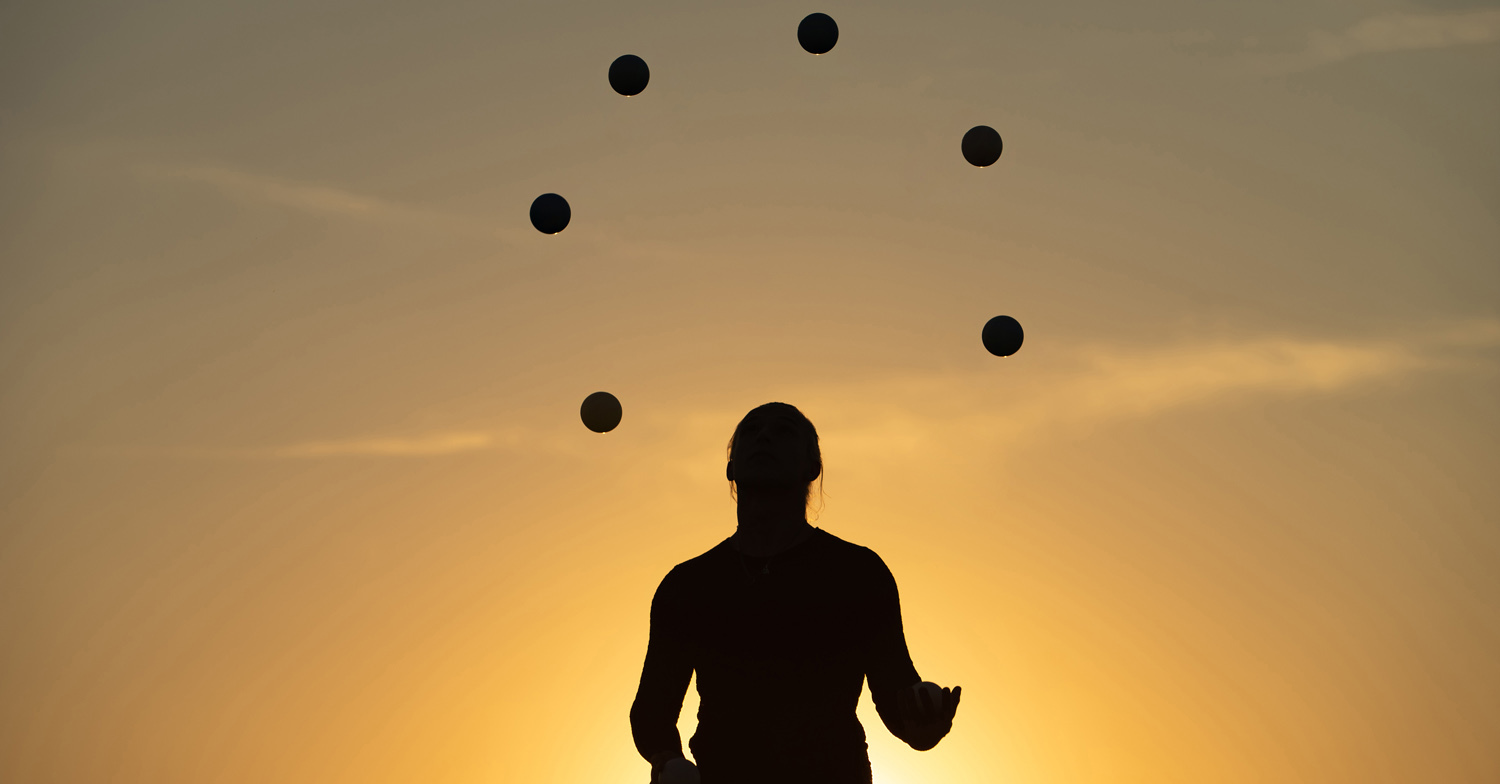 The boy stood with his brother nearby in front of a group of onlookers and began to juggle the little balls in his hands.

He began with two, then his brother tossed in a third ball. The boy easily incorporated the third and the people clapped. Then the brother threw him a fourth – a slight hitch in rhythm and a little gasp from the audience, but he stabilized and managed to keep juggling. Then his brother lobbed a fifth ball into the circle of juggling. The boy tried his best, but it was just too much. Too many things to juggle at once and they all came down bouncing in all directions. A collective “Aw!” escaped the audience and they went on their way.

Good effort, but the boy just could not manage juggling five things at once.

What about you? Adding an academic program to an already busy life – work, family, marriage, makes for a precarious juggling act. The anxiety and fear of failure lurk just around the corner of another day.

You might improve your competency to juggle, but there will be a limit.

Centering yourself upon Christ is the only sure way to anchor yourself and become aware when your limits are being reached. Take a moment each day to let your heart be quietly centered upon Christ. Exhale and pray, “God, center my life in your love today.”